SAY IT STRAIGHT
​SIMPLE AND ​WITH A SMILE! 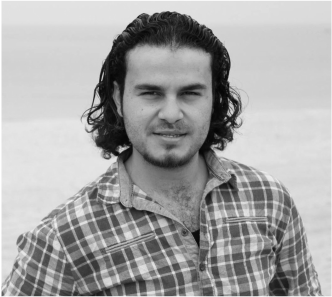 Mohamed Jabaly
I am a Palestinian artist and filmmaker, hoping to make my life in Gaza. I hoped then worked on producing films on Palestinian representations of life style and dreams. Like every person I took lead in making my career steps. I am a media coordinator, photographer and filmmaker at Save Youth Future society, yet my passion to representing expressive arts, sports and music has been growing, I purpose at improving my personal capacities in filmmaking production, as well as this improvement will be a window for many Palestinians look to show a good picture in international communities and make international communities connect to heritage and literacy of Palestinians.
I have done many short-films, music videos  on things happening in Gaza and Palestinian lifestyle. I am a professional photographer. I have passion to represent Palestinian society to national and international community through expressive tools, songs, films and photos to open a new window to the world on Gaza people, places, and life.
-
He has been working and following up on a project called (like this we see Gaza 1,2 and 3) since June 2011, as project coordinator, director, creative filmmaking trainer and teaching young adults within photography and filmmaking, creating films presenting the daily life style of the city of Gaza.
-
​
ARTS is the way!
"Trust yourself, continue walking in your way to practical knowledge and give yourself the chance to try! Just try and try, Keep looking to find the success road, learn from your failure and become what you want."